The IBHL is a co-ed adult ball hockey league that runs from April until August at the Lloyd Wilson Centennial Arena in Caledon (Inglewood).

Round robin playoffs have begun in the 2022 season of the IBHL, hold onto your helmets this is going to be a wild ride!

PLEASE CONTACT US AT ibhl@ibhl.ca TO FOR ANY ENQUIRIES.

The first night of round robin action in the Inglewood Ball Hockey League has big scores, and some...
Read More

The second to last night of regular season play in the IBHL, June 21st, has teams jockeying for...
Read More

The IBHL started (unofficially) in 1987 as a pick up hockey league run by brothers Brian and Robert Dunn. Ten years later (after the 1996 season, before the 1997 season) the IBHL transformed into a league when Brian Dunn and Andrew Tiessen went to a Leaf game and had a brain wave, Why not make this a league with referees, score keepers, actual teams and prizes? The league has gone strong since that night. Some years the league has grown from 6 to 8 teams, though, for the majority it has been with 6 until the late 2000’s where the legaue as seen growth from 6 to 8 to 10 to 12 to 14 teams for the 2010 season and back to 10 for 2011, and has been fairly consistent with 8 teams since then. In 2015 the league went co-ed and we have had a blast ever since. 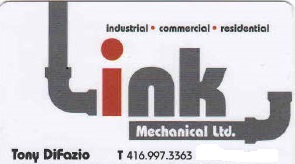 Real Joyhouse, a Games Parlour in Bolton, with board games, table games, pool, ping pong and many, many more, and great food, and even better fun!