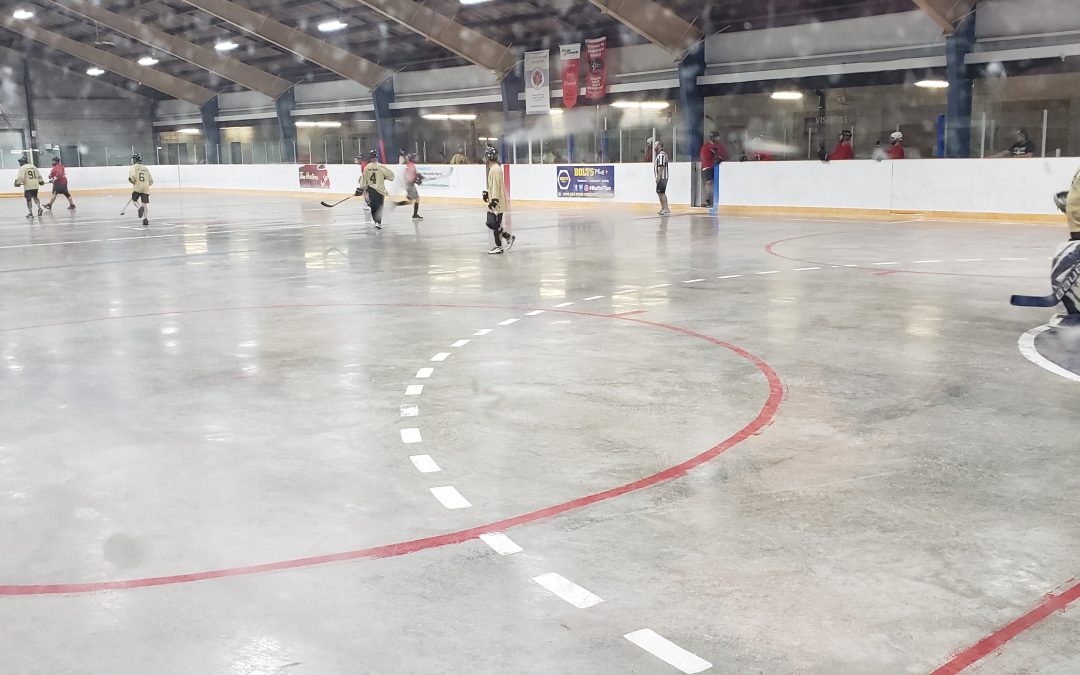 The first night of round robin action in the Inglewood Ball Hockey League has big scores, and some hot tempers.

Lockyer + Hein 8
Carney Plumbing 4
In a rematch from the last regular season game Lockyer & Carney faced off in the first round robin game of the 2022 playoffs.. Lockyer jumped out to a big first 2 frames while Carney was able to claw back and win the third. Lockyer lamp lighters were Brandon Verrinder (2g), Cody Gibson (4a), Kelvin Young (2a), Tyler Fell (3g,1a), Andy Williams (3g,1a) and Andrew Pearce (1a). Carney cage crashers were Travis Cassar from Chris Unwin & Ben Karstens, Unwin from Jess Turk Maiato, Mark Ebsary from Brian Dunn & Karstens, and Brandon Sinclair from Ebsary.

Pro Net Sports 5
Gold 2
In the last game of the first night of playoffs we had another matchup that was the same as the last night of the regular season and these teams carried some heat over from the past game. With tempers running high, Pro Net were able to win despite the large number of penalties that each team were handed. Pro Net net nabbers were Lucas Pontes from Seamus McGee & Eric Langen, Pontes from McGee, McGee from Pontes & Ryan DeLima, Tiago Medeiros from James Tielo & Jason Oreskovic, and Langen from Pontes & Tielo. Gold’s go to guys were Andrew McClure from Tyler Richards, and Ethan Firsoff from Tony Sousa & McClure.