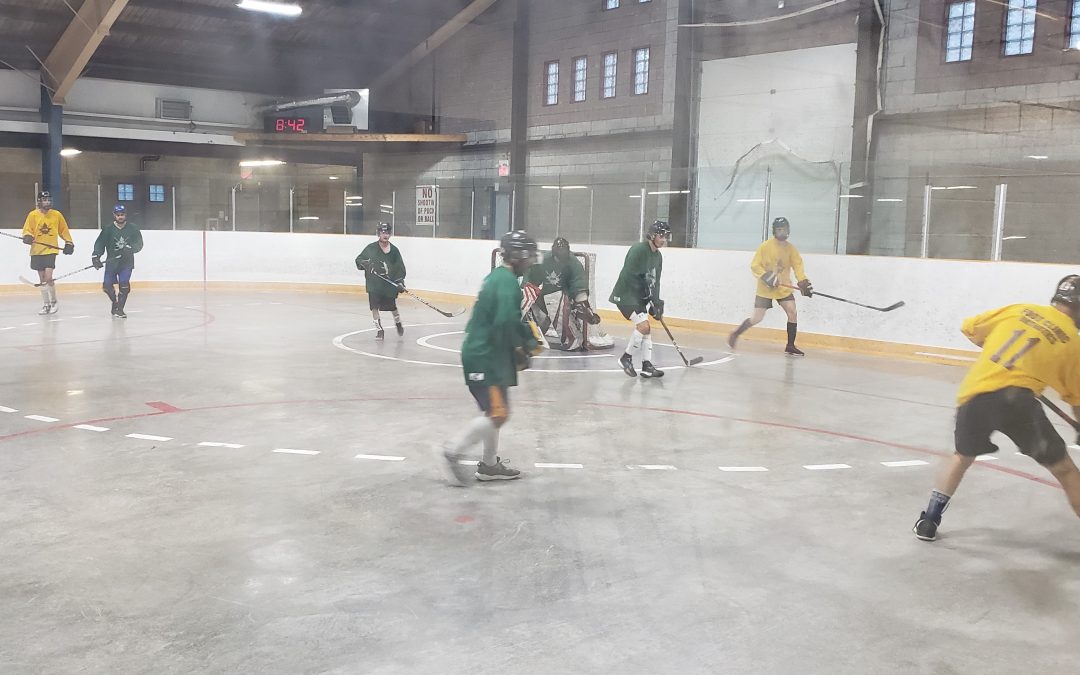 Semi-Final action has great games and hard fought battles to decide who is going to the Finals in the 2022 IBHL season.

Pro Net Sports 2
Lockyer + Hein 1
In a nail biter, both teams played hard and left it all on the floor. Lockyer got out to the early lead, netting one in the first with Marco Franza finding the back of the net helped by Andy Williams. Robert Legge for Pro Net stood on his head for the remainder of the game and didn’t allow Lockyer to build on the lead. The second frame saw Pro Net tie it up with Seamus McGee potting to marker and Matt Armstrong getting the assist.  In the 3rd Lockyer took one penalty too many and the lads from Pro Net capitalized with what would be the game winner when James Tielo from Shawn Vultao put it away.

Adcro Group Ltd 5
Foot Clinic & Orthotics 2
In the second semi-finals Foot Clinic came out firing on all cylinders and snagged a 2-1 lead heading into the 2nd. Owen Sclisizzi from Ryan Faria and Russell Crouch from Austin Tremblay got Foot Clinic on the board, Adcro did answer back with one in the first with Nick Figliomeni from Phil Iozzo & Chris Della Mora finding the twine. Period 2 has Adcro wake up and take it to the Foot crew, potting 3 unanswered goals. Lighting the lamp in the 2nd for Adcro were Sebastian Geraci with one, and JP Kamber with the other two. They were helped out by Chris Peters, Kamber & Geraci. The 3rd was a tight battle but Johnathan Crocetti was able to turn away the deluge of shots from the Foot Clinic fellows and help his team remain undefeated for the season. Adcro were able to put in the final nail when Chirs Peters found the back of the twine tent from Kamber & Matt Scida.

The Finals are set for August 09th at 7:30pm with Adcro Group Ltd vs Pro Net Sports.